Bhutan is a land of rich cultural diversity, magnificent mountain scenes and endless valleys. It is the only country where Buddhism is the state religion and the country measures its success by Gross National Happiness (GNH). The King of Bhutan said that a society which focuses on happiness means 'the creation of an enlightened society in which happiness and well-being of all people and sentient beings is the ultimate purpose of governance.'

Known as the Land of the Thunder Dragon, Bhutan measures only 177km from the north to south and 200 from east to west. Bhutan has three distinct geographical zones; river valleys in the south, a high alpine zone (1500 - 4200m) and the high Himalayan range from 4200m all the way to the highest peak in Bhutan, Gangkhar Puensum at 7570m.

The high alpine zone is characterized by harsh winters, short summers, shallow stony soils and strong winds, but it also boasts a diversity of flowers, from buttercups, anemones, larkspurs, everlasting flowers and asters to dandelions and thistles

Bhutan is a diverse country which offers both incredible scenery, stunning landscapes as well as a variety of flaura and fauna, to include the Bengal Tiger, Red Panda, Himalayan Black Bear and the famous Black Necked Cranes. .Its break taking mountain range offers hikers and trekkers a feast of opportunity from short treks to the toughest Snow Man trek

One of the many photographs temples is the famous Takhtsang Lakhang (also known as the Tiger’s Nest), situated at the northern end of the Paro valley. Bhutan is also known for its Tshechu's; religious festivals meaning "tenth day" held annually in various temples, monasteries and dzongs throughout the country.  They are events where entire communities come together to witness religious mask dances, receive blessings and socialise. 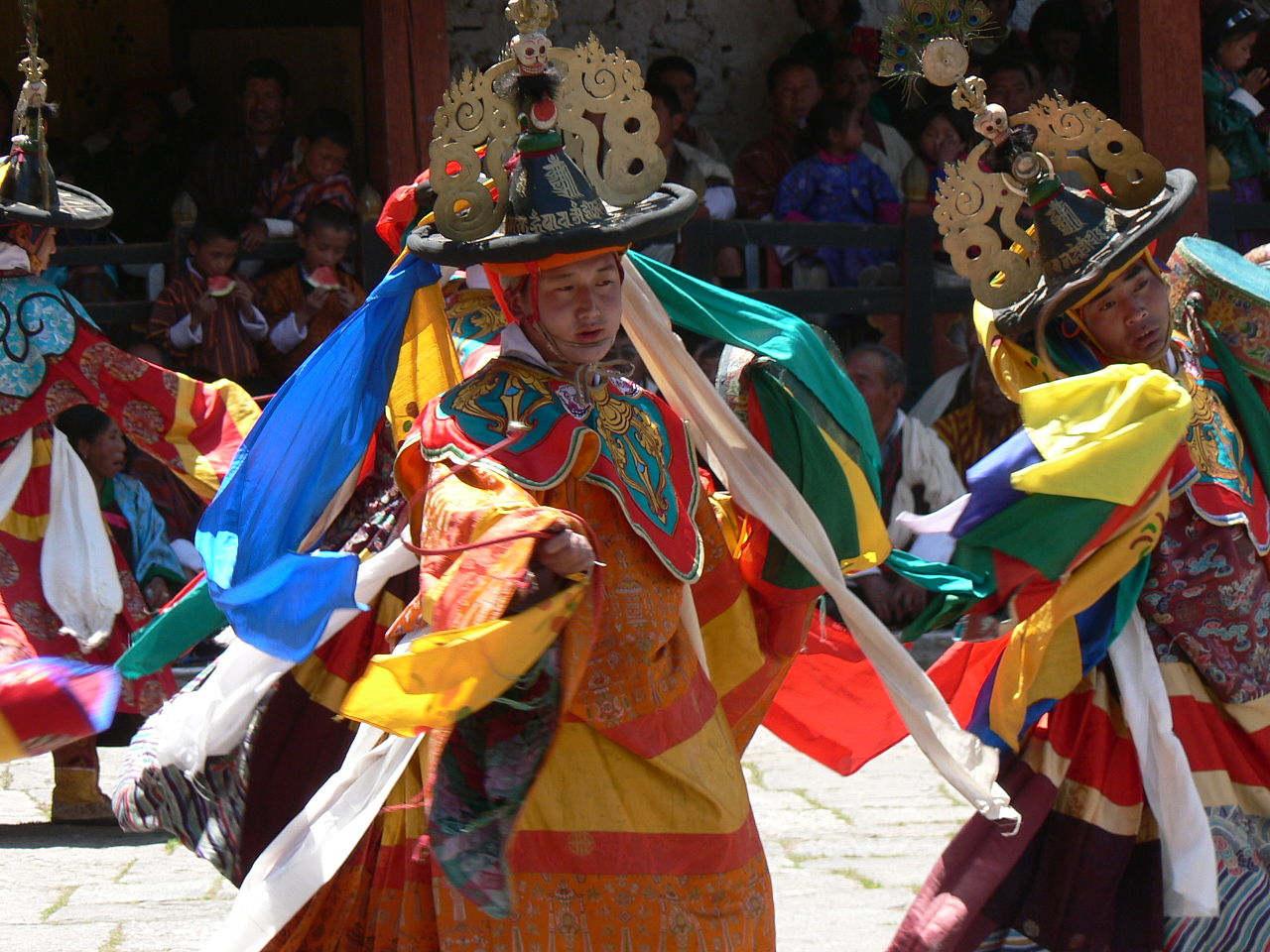 This tour is similar to the Magical Kingdom tour with one key difference. One this tour we also spend time at the festivities of the Paro festival. A Tsechu is a Buddhist festival 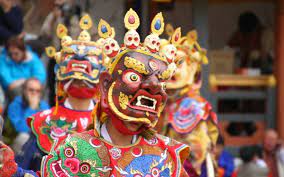 ne of the biggest festivals in the Bhutan is the Thimphu Tshechu. This festival is held in the capital city for three days beginning on 10th day of the 8th month of lunar calendar. This tour takes you to Thimpu Tashichhodzong to experience the colourful events of the Thimphu festival 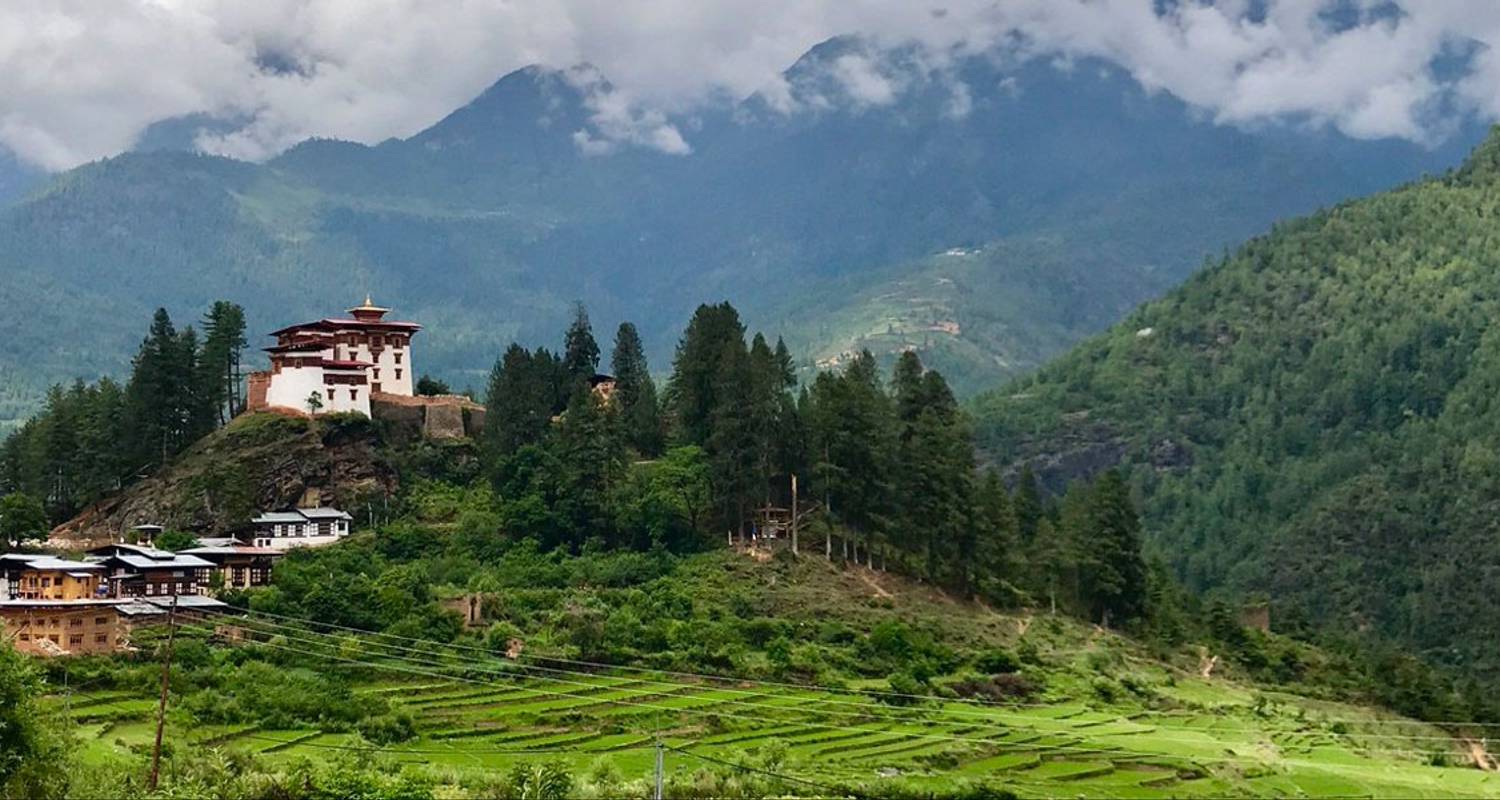 This tour takes you into the heart of Paro and then across the Chellela Pass to Thimpu and through Dochula Pass (3150m). The tour also goes through Gangtey and Punakhe 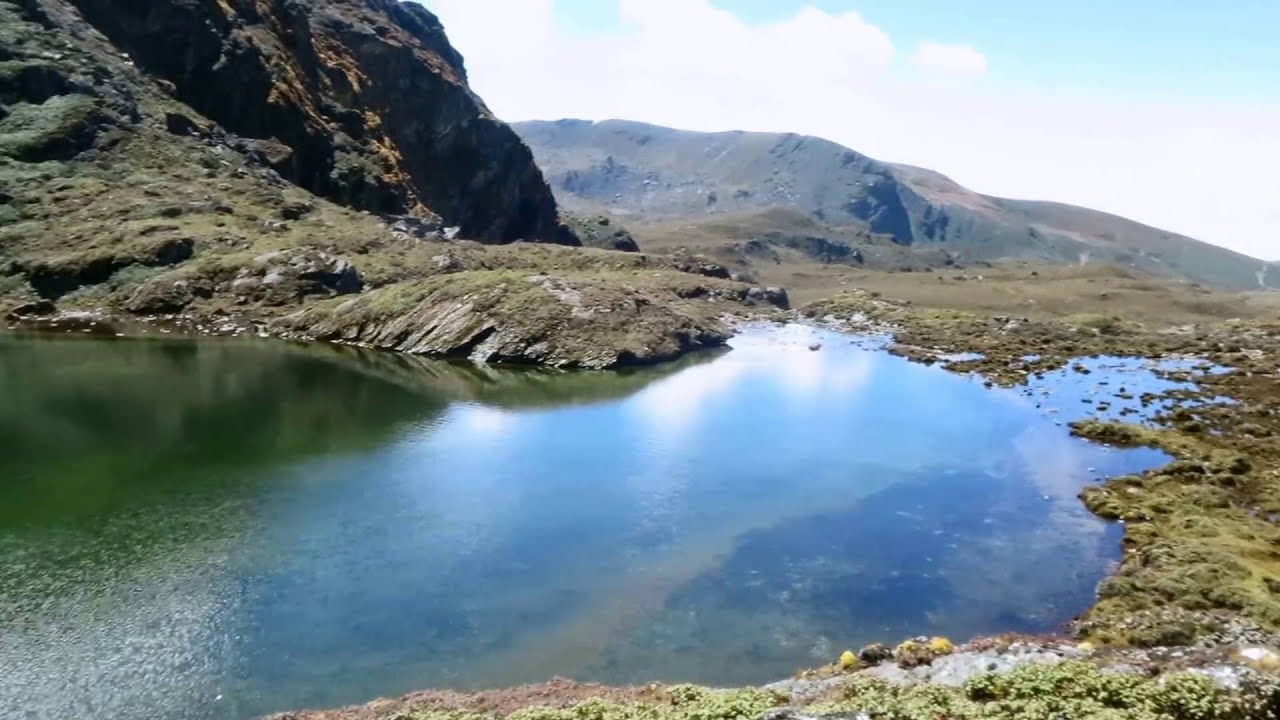 The Dagala Lakes trek is wonderful for people who are fit but have not had any altitude trekking experience. It is one of the only treks in Bhutan that has views of the high mountain peaks of Bhutan such as Jhomalhari, Jichu Drake, Masagang, Tseda Gang and Gangchhenta, as well as the world's third highest peak, Mt. Kenchenjunga at 8586m. Named after the numerous lakes along the route, the Dagala trek passes through picturesque landscapes rich in bird species, alpine flowers and attractive meadows. The altitude of the plateau is around 4000 meters.

The Laya Ghasa trek in Bhutan is like nowhere else in the Himalayas. is considered one of the most scenic treks in Bhutan, offering amazing views of some of the most pristine and unspoiled landscapes

The Jomolhari (Chomolhari) trek, is one of the most popular treks in Bhutan. Starting at Drukgyel Dzong, this trek passes through fields into deep forested valleys, which gradually lead to high altitude pastures.