There is so much to see and do in Argentina and Chile. ​​Buenos Aires through Trelew and the Pampas to Ushuaia - 14 Day Tour.

send us your query

Situated between the Andes in the west and the southern Atlantic Ocean in the east and south, lies Argentina. It is the second largest country of South America after Brazil and the 8th largest country in the world.

Argentina offers some of the most dramatic landscapes on earth., from islands of penguin colonies to glaciers, high mountains and magnificent forests.

Patagonia is a sparsely populated region located at the southern end of South America, shared by Argentina and Chile. It occupies an area of occupies 260,000 square miles. The striking scenery of Patagonia is the result of major glaciological and geological transformations that took place in the region millions of years ago, creating mountains and countless valleys, glaciers, lakes and rivers.

The region is known for dramatic mountain peaks, an abundance of glaciers and an array of unique wildlife. 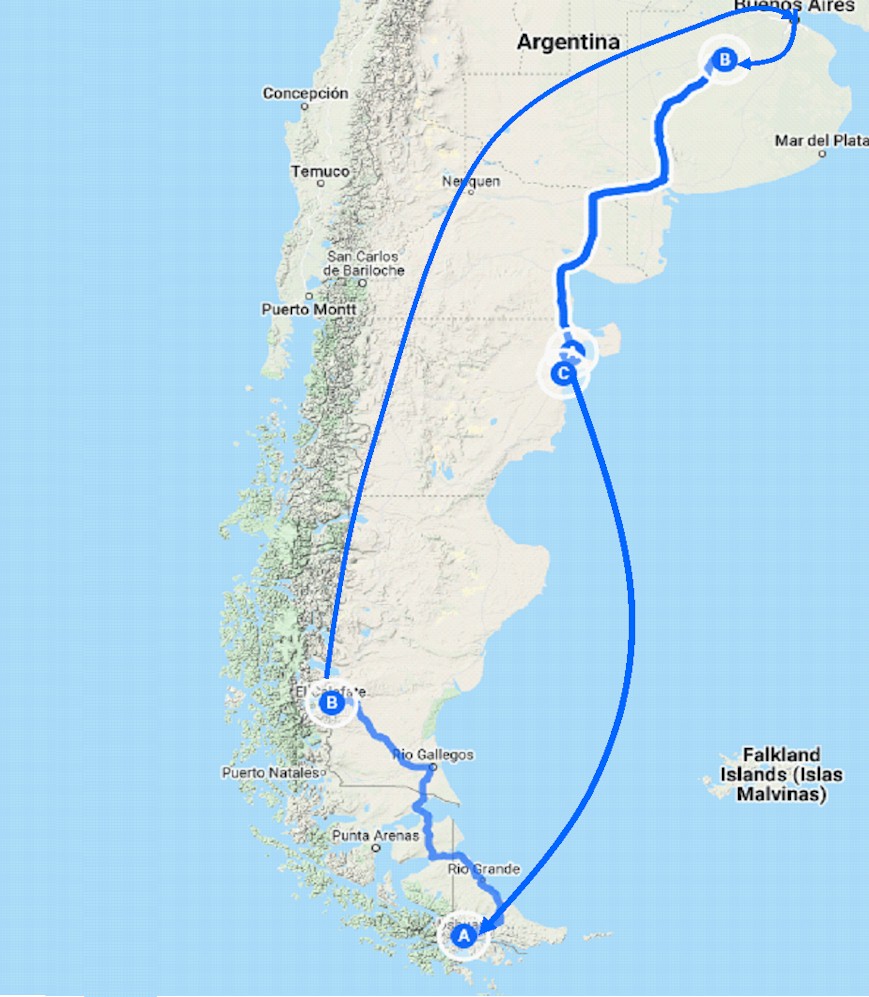 frequent questions
AT A GLANCE
OTHER ARGENTINA TOURS

Arrival in Buenos Aires, reception and transfer to the Hotel

After breakfast, a half day city tour. Option of a dinner and Tango Show at La Esquina Carlos Gardel, the foremost tango house in Buenos Aires.

Full day Fiesta Gaucha Excursion, visiting a typical "estancia" or Ranch, in the one of the most fertile and natural prairies of the world, the Argentine. It is most famous for its meat and cereal production.

After breakfast, flight to Trelew. This city is a part of the coast corridor formed also by the cities of Trelew, Gaiman, Rawson and West San Antonio, the entire region is characterized by the long beaches and its big marine fauna.

Excursion to Punta Tombo penguin colony, the largest Magellan penguin colony in the world. Penguins first arrive in September and up to mid March but the best season to see them is after November, once the babies are born. This tour is followed by a visit to the welsh colony at Gaiman.

Transfer to the airport for the flight to Ushuaia, southernmost city in the world, on the shores of the Beagle Channel. The Beagle Channel follows the southern extreme of Tierra del Fuego.

Excursion to the Tierra del Fuego National Park. Located in south-western Tierra del Fuego province, over the borderline with Chile, this National Park is the southernmost example of the Andean - Patagonian forest. It is a sub-Antarctic forest covering the region up to 600m above sea level, has a surface of 63.000 hectares and is home to the white cauquenes, black  eye browed albatross, the diving petrel and a rare kind of otter named chungungo. 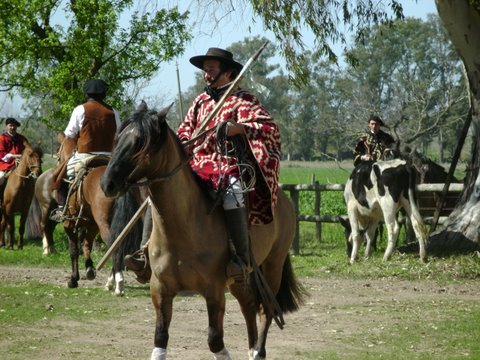 After breakfast, excursion to the north of Ushuaia for a visit to Lago Escondido and Lago Fagnano.

After breakfast, transfer to the airport for the flight to El Calafate, site of the incredible Perito Moreno Glacier, one of the most dramatic natural sites left on earth. It is situated not too far from the Chilean border in the south west of   Argentinean the shore of Lago Argentino, where the lake is very narrow.

Full day excursion to the Perito Moreno Glacier, the largest advancing glacier in the world. Walk along footpaths and balconies to reach this incredible phenomenon.

Boat trip to visit the Upsala, Onelli and Spegazzini Glaciers one after another.

After breakfast, transfer to the airport for the return flight to Buenos Aires and accommodation at the Castelar Hotel.

After breakfast, transfer to the airport for your return flight home.

When is the best time of year to go to Argentina and Chile?

This really depends on what you want to see in Chile.

September to November and April brings the blazing colours of fall foliage in the south. Wine country has grape harvests and wine festivals in March.

Patagonia is at its best from December to February and the beaches throng with crowds from late December through January.

Viña del Mar and Valparaíso are great spots in February.

September to April is the best time to hike the central regions.

The Spring (September, October, November) and Autumn (March, April, May) shoulder seasons see fewer crowds and relatively mild temperatures. As a general rule however, the seasons run as follows: Summer (December to February), Autumn (March to May), Winter (June to August) and Spring (September to November).

The best time to visit most of Argentina is from November to March during the summer months, though it can get extremely warm in the country’s north during this time. It is the only season to visit if you plan to embark on an Antarctic cruise. During the winter, the temperatures will be much lower but it is the ideal time to visit Bariloche if you are interested in a snow trip or skiing.

What language is spoken in Argentina?

Argentineans speak a unique dialect of Spanish called“Rioplatense” or River Plate Spanish. Their accent has a rhythmic intonation that recalls the Italian language, due to the influx of Italian immigrants in the 19th century.

What plug converters do I need in Argentina?

The tap water is generally not safe to drink in Chile. Bottled water is readily available at tourist sites, hotels, and restaurants. Don't forget to use bottled water when brushing your teeth as well! Ice is not always made with boiled/ bottled water. Order your beverages without ice.